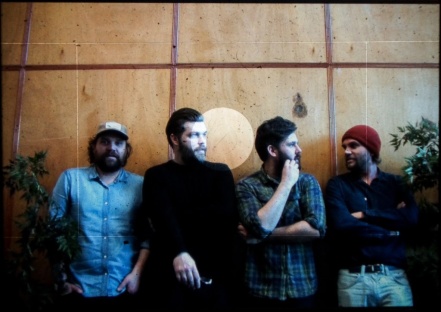 Mastersystem – the supergroup featuring two sets of brothers from Frightened Rabbit, Editors and Minor Victories – have released new single ‘The Enlightenment’ ahead of their debut album, ‘Dance Music’ (out on 6 April via Physical Education). With a fantastically fuzzy and lo-fi sound that matches a thunderous bass line with Grant Hutchison’s ferocious drumming and Pup-style guitar hooks, it finds Scott Hutchison looking back over the whole of his life and those that have made a significant impact in a variety of ways: ‘Turn the torch on the night I was born’; ‘You made a difference’; ‘You learn to escape me’. Even though it clocks in at under three minutes, there’s still time for some cathartic shouting towards the end. It’s an emotional but exciting song you’ll be playing on repeat.