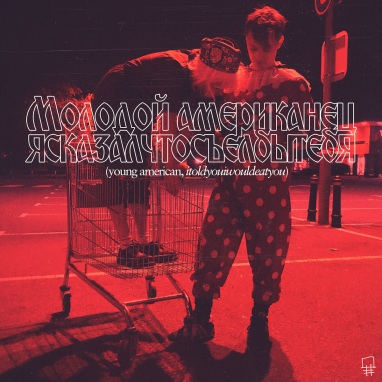 itoldyouiwouldeatyou have released a new video for ‘Young American’; a song that will feature on upcoming debut album ‘Oh Dearism’ (order via Alcopop!/Failure by Design here). Created by their regular collaborators, LGTBQIA art collective Clumsy Bodies and Chevy Blazer, the video is based around pranks and how so many things in the modern world seem to be filtered through screens. The song itself finds Joey Ashworth talking about how  ‘I was better when I was a baby, I only cried when I was tired or hungry’ before then offering rallying calls to others who feel marginalised: ‘Keep on screaming ’til you’re tired of it’. As twinkling and effects-laden emo guitar and synths whirl around, the song’s resonating message of ‘You don’t stay angry for long, you’d much rather talk it out’ comes to the fore.