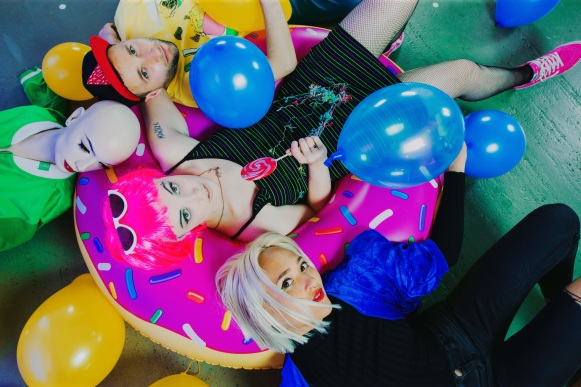 Soeur, one of the UK’s best new bands, have shared new single ‘Better’ following its premiere on the Radio 1 Rock Show. The song will feature on new EP ‘No Show’ (released 23 September – pre-order here).

Vocalist and guitarist Tina Maynard says the song started off ‘about the frustrations of maintaining relationships with people who I thought were difficult to get on with’ before then veering into more self-examination and ‘the stupidity of thinking like that’.

It opens with a slow build as the trio try to get their heads around the subject’s difference of opinion: ‘I walked a mile to try to understand’. As Tina and Anya Pulver’s vocals intertwine, the frustrations in these contrasting viewpoints take ahold: ‘Give you what you want. Take me, make me small’; ‘How many times do I have to take the fall? I’ll toe the line until you control it all’

A big blast of early 90s Seattle-style riffs are thrown in as they ask: ‘I want you to give it up’ before then changing tack to something more soulful and accepting: ‘You live your life a better way. We are live our lives in different kinds of ways’.