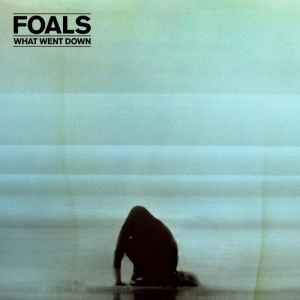 Foals have always excelled in whatever genre they’ve dipped into. From the amazing pre-‘Antidotes’ tracks of ‘Mathletics’ and ‘Try This On Your Piano’ to their almost-resurrection of nu-metal on ‘Inhaler’, there’s always been something a bit special about the Oxford five-piece. Now they arrive at their fourth album and hopes are high. They turned down the chance to replace Foo Fighters at Glastonbury Festival and were the talk of Reading Festival after their secret set. After delighting the crowd with a hits-heavy set, will ‘What Went Down’ add to their repertoire?

Opening with the title track, there’s a ferocity as Yannis Philippakis demands your attention with the repeated words: ‘I see a man, I see a lion’. Pummelling drums, huge-sounding riffs and urgent keys are also added into the mix giving it a real statement of intent. Foals are back and are in no mood to mess around. They’re ready to catch their prey: ‘You’re the apple of my eye. I want ya.’ Following this is another song that will be familiar to anyone who’s been near a radio over the past couple of months, ‘Mountain at My Gates’. It’s eminently danceable and is another song that finds the lyrics hinting at a love of danger: ‘I’ll drive my car without the brakes’. It’s a big pop sound that has a nod to Talking Heads and would happily sit next to Bombay Bicycle Club in any young music-lover’s collection.

Things become a little more personal and confessional on ‘Birch Tree’. Opening with the lyrics ‘The city I was born in left a long time ago, we lost touch, grew apart my friend’, all delivered with a sigh, it shows a band willing to let bygones be bygones. Yannis then compares his heart to an old black panther, one of many animal and weather-related metaphors that are scattered through the album, and as the danceable beats come in, there’s an Everything Everything or Hot Chip vibe sprawling out the speakers. There’s a groove running through ‘Albatross, too. Yannis talks about a green monster who keeps coming and ‘it wants you dead’, before frightfully talking about quicksand over Deerhunter-style ambience. ‘Snake Oil’ finds the amps being turned up and Foals turning into a stadium-sized rock bands. Think a danceable Queens of the Stone Age or latter-day Arctic Monkeys and you’re halfway there. Healthy yelps, crunching guitar and a primal instinct combine as Yannis roars: ‘You cast the spell that keeps me wild’.

‘Night Swimmers’ not only has a possible nod to R.E.M. in its title but a more tribal atmosphere that mixes meaty guitar and subtle electronica alongside a harrowing shout of ‘The city is all ablaze’. The duo of ‘London Thunder’ and ‘Lonely Hunter’ follow this and are like two sides of a coin: The former has a piano lead opening and some searingly direct instructions and questions in the lyrics: ‘Come back to London thunder, the sound of sirens in my room’ and ‘There is no water, there is no sound. Will you come around?’ There’s also something quite heartbreaking in its final, fatal line: ‘I’m on the red-eye flight to nowhere good. How about you?’ ‘Lonely Hunter’ is altogether more positive as Yannis screams: ‘It’s a new day’. He follows this up with apologies before discussing it being a new year and new town and then questioning ‘Why must I wait in line for what is mine?’

The final song on the record, ‘A Knife in the Ocean’, closes things in style. Echoed effects on the vocals, electronic undercurrents and vicious drums are all thrown into the mix as it approaches a Radiohead ‘Kid A’-style deconstruction around the four-minute mark. Post-rock guitars and ear-shattering percussion is thrown in as it reaches its climax and then settles down into a more glitch climax. With ‘What Went Down’, Foals have once again reconfirmed their status as one of our most reliable arena bands. Plenty of loud moments and memorable melodies make sure they’re a band still looking on the up.

One thought on “Foals – ‘What Went Down’ album review”