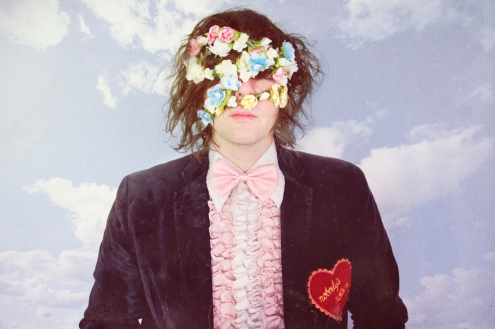 After playing a stripped back set for NPR’s Tiny Desk Concert series, James Alex  was inspired to release an album full of alternative versions of Beach Slang hits. Ditching the fuzz and riffs in favour of cello and piano, he said where his day job finds him fawning over The Replacements, Quiet Slang is more of a love letter to Stephen Merritt of The Magnetic Fields.

‘Everything Matters But No One is Listening’ opens with ‘Bad Art & Weirdo Ideas’, a song that is usually a sing-along anthem reworked into something far more subtle and thought-provoking. These adaptations of familiar favourites give James’ honest and heart-on-the-sleeve lyrics extra impetus, with Noisy Heaven’s ‘The songs that I make, I barely rehearse them’ and ‘Future Mixtape for the Art Kids ‘When I’m lost, we are dying in style. When I’m fucked, we are fucking alive. I hope I never die’ becoming exceptionally powerful.

The subtle use of strings throughout the record is an aural delight and perfectly complements James’ position as a hopeless romantic: ‘The night’s still young and we’re dumb enough to fall in love’ (‘Filthy Luck’). ‘Too Late to Die Young’ has been transformed into a subtle stadium anthem here that owes a debt to ‘Nightswimming’ but also recalls Ryan Adams when he showcases different versions of his (or other famous) songs. ‘Young Hearts’ ends with a cello breakdown that is reminiscent of the pomp of Final Fantasy while the intricate chamber pop of Andrew Bird could be another touchpoint.

James is a huge music fan (especially of late ’80s and early ’90s indie) and this is the sound of him loving the chance to emulate his heroes and their iconic MTV Unplugged performances. The enthusiasm that bursts out of the speakers is infectious and the album, rather appropriately, finishes with some Stone Roses-esque backwards playing. It’s a new side to Beach Slang and it’s brilliant.