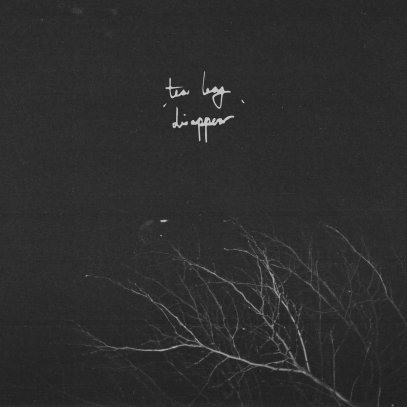 Released by our friends at Beth Shalom, Tea Leaf’s ‘Disappear’ EP is a sparse, stark and honest collection of songs about depression, loneliness and anxiety. Here, Tea Leaf (Tom Lee) talks us through the six honest and affecting songs that appear on this startling EP.

I don’t know if it’s obvious, but I feel this is my small ode to Elliott Smith, in terms of how I wrote the chord progression, at the least. His music has impacted my life more than anyone else, so it feels fitting that this opens the EP, and it sets the tone for the rest of my songs. ‘Actor’ deals with the feeling of isolation and loneliness that I have all the time, and how a lot of it is self-inflicted. I’ve had a lot of loss in my life, so I think I’ve built up a great wall of trust issues as a self-defence mechanism. It’s all reflected in this, I guess.

This song is about the frustration of being stuck, and being conscious of how that affects people around you. It’s a tough feeling when you know someone close to you wants to support you, but they just don’t have the emotional or mental stamina to deal with that, as well as themselves. It’s fair and totally understandable, but it doesn’t make it hurt any less.

With this one, a lot of the details are hyper-specific to me, so I was cautious of writing this sensitively. These songs are about no one else but myself, my feelings of depression, and darker inclinations; but I write them through the lens of other people a lot of the time. So that also includes how other people have made me feel, and I don’t want to throw anyone I care about ‘under the bus’, if that makes sense? I’m still accountable for my own feelings, regardless of how they’ve been affected by others. It’s tough to dissect this song right now as it was the last song I wrote for this, so everything’s still fresh, recent, and relevant.

This was probably the hardest to include. I wrote it a few years ago, and I think it came about a few weeks before my first suicide attempt. I didn’t play the song for the longest time, because it felt too raw. I tracked this live with guitar & vocals together, and I think this was the first, and only, take? It’s told from a single perspective of a toxic relationship. But I think in writing it like this, it helps reflect on the other side too. Finding ways to understand both of the characters, and having (relatively) been on both sides since, I’ve found it easier to empathise with this song, at the same time, not excusing anyone.

Another one of the bleaker tracks, and a pretty straight-forward one at that, I think written around the same time as ‘Perspective’. It is what it is, and I’m not sure I have much to add to this one.

I really wanted these songs to end on as positive a note as it can, even though it’s still pretty bittersweet at best. Nothing is permanent, even when goodbyes are supposed to be. Time heals people, as much as that’s a cliché to say. It’s getting to the point of leaving things alone, when you can allow yourself & others to get better, but it’s never a straight line there.