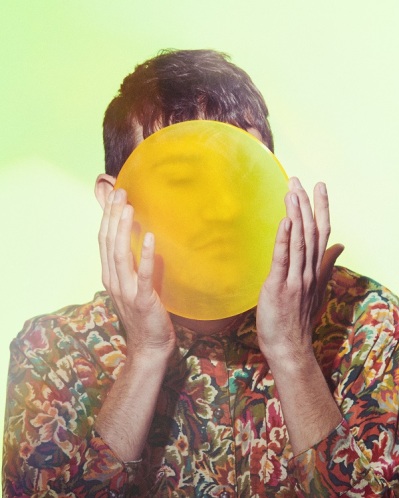 Matt Evans (Tigue, Bearthoven, Man Forever) has shared new album ‘New Topographics’ – a record filled with percussive ambient pieces that make use of sounds including writing, typing and morse code. Written and recorded in December 2018 during a month-long artist’s residency program at Pioneer Works in Brooklyn, the songs are the result of researching the possible musical representations of the feeling and experience of ‘hyperobjects’ – ‘objects that are so massively distributed in time and space as to transcend spatiotemporal specifity, such as global warming, styrofoam and the internet’ (Timothy Morton).

Matt found this complex thought paralelled in Richard Brautigan’s short poem ‘All watched over by machines of loving grace’* (you may have seen the Adam Curtis documentary series of the same name) and decided to use this as the inspiration for each song on the record as he translated and sonified its words into foreign communication systems that then became a musical voice.

The record opens with ‘Full Squid’ – a braille translation performed as a graphic score that ends up resembling something akin to Baths with its hypnotic rhythm and experimental tones. Not surprisingly, given its a translation of morse code frequencies, there;s a higher pitch to the start of the Eno-esque ‘An Infinite Cybernetic Meadow’ while the tap-tap-tapping of a QWERTY keyboard gives ‘Spinning Blossoms’ a swirling, atmospheric and strangely upbeat tone. ‘Cold Moon’ has a kitchen sink approach as everything is thrown into the mix and comes out with elements of Spiritualized, while the Tigue-esque ‘On Dracaena’ reminded us of John Hopkins with its transcendant, occasionally avant-garde electronica.

‘Data Fog’ was made as the text was translated into radioteletype frequencies breaks apart before being put together by some intense Adam Betts-style (Colossal Squid, Three Trapped Tigers) drumming while ‘Jaich Maa’ has so much going on that you’ll capture something different on each listen and the closing ‘New Moon’ is a glitchy, rhythmic masterpiece with plenty of fourth-world noise.

Regarding the record, Matt says: ‘We put up walls to function, but if we make a habit of taking them down and really looking and listening to what’s happening around us, we will have greater empathy for the people and beings we share space with. Our ability to empathize with the earth itself will grow.’

By expertly combining the analogue with digital and experimenting with words that resonate more now than ever, Matt Evans has made an album that is surprising, inventive and really quite incredible.

‘All watched over by machines of loving grace’ by Richard Brautigan

*I like to think (and
the sooner the better!)
of a cybernetic meadow
where mammals and computers
live together in mutually
programming harmony
like pure water
touching clear sky.