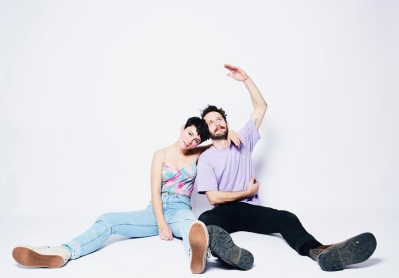 Diet Cig have long been a favourite with so many and on the brilliantly titled ‘Barf Day’, Alex Luciano sings about missing her own surprise party and the pains of drinking alone from a very early age. With touchpoints being everyone from The Moldy Peaches to PWR BTTM, you’ll feel her pain as she ponders loneliness: ‘I’m sick of being my own best friend. Will you be there in the end?’; ‘I’ll tell you just what I want… I just wanna have ice cream on my birthday. Blow the candles and wish all the pain away.’

Signed to Sports Day Records, Ohyeahsumi are twin sisters who have a very DIY approach – the vocals on ‘Daisy’ were recorded on iPhones and the bass parts in a closet but you’d never be able to tell. Opening with an ambient pop sound, this song clocks in at under three minutes and comes across like something akin to Mitski covering Bat for Lashes. It’s available on a limited run of 25 pink tapes – complete with tarot cards.

Jim from Maybeshewill’s band sound nothing like what you’d expect. With powerful vocals and a ton of meaty riffs, ‘Put You On’ is a spiky and dirty, mathy song produced by Ali Chant, who has previously worked with Youth Lagoon and P.J. Harvey – and there’s definitely some of the latter’s defiance and spirit throughout its running time.

Pip Hall’s ‘James’ is a song all about losing her father at a very young age. Tackling the subject of grief with wisdom and maturity, it’s very atmospheric to start as she advises: ‘The game is over now. Come out from your hiding place’. Synths are added gradually to the sound and build up to a quirky climax, although not before heartbreaking recordings of a father and young daughter have been added into the mix…