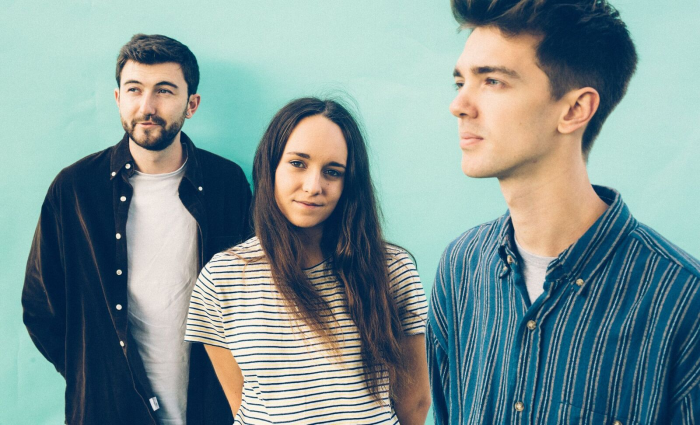 Now signed to our friends over at My Little Empire Records, Guildford indie-poppers Me and the Moon recently released  ‘Standing Still’, which you can listen to here.

We wanted to write a bridge that made an impact and was different structurally to everything else we’ve done before. We wanted to do something a bit more ‘dancey’ than our other tracks and something that still had a build up but with a bit more groove to it. One of our favourite tracks that does that really well is Wide Eyes by Local Natives. They’re probably collectively one of our most recently discovered favourite bands. With ‘Standing Still’ bridge it was actually instrumental and then we added the vocals in the studio at the last minute.

Vampire Weekend are a massive influence on our writing style. We often get told we’re that ‘summery afternoon festival with a cider in hand’ band which is definitely a feeling we’re going for and we’ve always felt that about Vampire Weekend, so it only seems natural we look to them for inspiration.

The later Bombay Bicycle Club tracks often embody those male and female joint lead vocal chorus’ and this is something we do quite a lot. Harmonies are something we’re incorporating more in our songwriting at the moment and Standing Still is one of the most harmony driven tracks we have to date.

The arrangement in a lot of the tracks of Lucy Rose’s second album is based around simple parts locking together really well. Specifically in ‘Our Eyes’ the drum parts are so simple yet so effective. There is a lot of space between each hit, making every hit more meaningful. This is an idea we’ve been playing around with for a little while and hope comes across in Standing Still.

‘After Dark’ is a party track that we all love. Its on all of our playlists. Theres a lot of space with stripped back verses but theres always something rhythmic to keep the track moving (and keep you groovin’). Although its a lot more dancey than a lot of Mystery Jets other tracks, it still sounds like them and fits their sound. This is something we wanted to achieve with Standing Still.

We played with Marsicans last year and really enjoyed their catchy tracks. They just released this new single and we’ve all been singing it since we heard it. We caught them playing with Clean Cut Kid a little while ago and it was even better live.

Ten Tonnes has been on our radar for a little while, after a friend recommended we check him out. Its super catchy and singable and is on our ‘get pumped up for the gig’ playlist as well as our ‘keep us awake for the drive home’ playlists. He’s had a few singles come out since we’ve been listening to his stuff and this is one of our favourites.

We caught Jerry supporting Fickle Friends in Southampton not too long ago. We really love the way she has these big catchy pop tracks still with the ability to strip them back to a really great acoustic songs.

Artist: Rae Morris
Track: ‘Do it ‘

Rae Morris just has this way of making really really cool classy pop tracks. She did a secret set on the BBC Introducing stage for Glastonbury after her first album which was amazing. She’s just been putting some new tracks out for her second album and we love them. Reborn is also a banger, and her voice is insane.

Artist: We Were Evergreen
Track: ‘Leeway’

We’ve been listening to some slightly older stuff we were really into when we first started writing before we even knew each other. We Were Evergreen (Now back to calling themselves ‘Evergreen’) are this cool French band that sound like a slightly more plugged in Noah and The Whale (another huge influence). Leeway is a short great catchy tune that we all love.