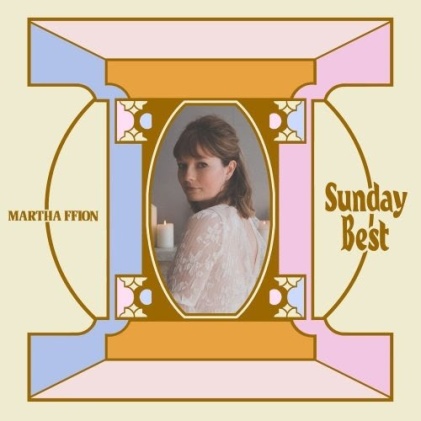 Raised in Ireland but now based in Glasgow, we’ve been excited to hear Martha Ffion’s debut album for a long time.

The album opens with ‘Missing You’, a ‘50s-style soul song which has her discussing staying up all night and smoking her way through an entire packed of Lucky Stripe cigarettes. Martha sings about eagerly waiting in for a suitor (‘Been waiting for the door, your footsteps are a sound that I just adore’) before then flipping the entire subject on its head: ‘My mind can be just so cruel to me’. ‘Real Love’ opens with a burst of soulful guitar before Martha talks about a woman going through with a marriage she never really wanted – despite warnings against it. She also rallies against the partner who never noticed her crying and the way he treated her: ‘When you took her to the Mermaid Inn, you wanted to make sure you were seen by your friend who had a thing for her. Now he’s married to her sister’.

‘Punch-Drunk’ has a more traditional indie-rock feel but mixes this with the pop sensibilities of Basia Bulat. It finds Martha in cathartic mood, spitting out words about carrying someone home and there’s an underlying darkness when she says she ‘can’t be sober until we start dying’. ‘Record Sleeves’ has a nostalgic atmosphere as Martha reminisces about burning her diary at the age of 15 and then vows: ‘If you ever need me, ask and you will receive’. On the piano-led ‘We Make Do’, Martha offers advice to someone who is fed up of being talked about behind their backs, while the penultimate ‘Beach’ tackles the perils of growing old and how you have to leave some things behind. It’s frenetic from the first note and finds Martha talking about going ‘into the belly of the beast, where there are demons to defeat’ before then pondering the bittersweet nature of memories. The altogether-quieter ‘Baltimore’ finishes the album, although it’s a song full of wry humour.

Released via Turnstile, ‘Sunday Best’ is a record full of observations on life and relationships and breathtaking retro pop hooks. You’ll fall for it in no time.