Ahead of their fifth album ‘Vortex’ (out via Superball Music on 27 April), Alberto from instrumental Spanish post-/math-rockers Toundra talked us through five songs that have had an influence on him and his music. 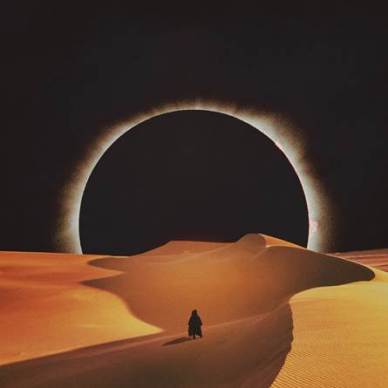 Baroness – ‘Board Up The House‘

Pretty obvious one. I always saw Baroness as a band oriented to people who plays electric guitar until the released Yellow & Green. This album felt fresh and compensated, every instrument shines, every single rhythm, bass line, guitar melody or vocals is complex and worth listening isolated but it also fits perfect with everything else in each song. Board Up The House is the perfect example of what I’m trying to explain.

For an At The Drive-In listener it is easy to listen to De-loused in the Comatorium. Even though it is a huge change, it’s bearable. ‘Frances the Mute’ blew my mind, it was the first time I listened to songs that lengthy with so many changes but still felt part of the same track. Long songs weren’t an obstacle for me anymore, something I looked for after listening to TMV.

I was so into crazy bands like Capsule, Daughters, Locust (almost every band Justin Pearson had), etc. Never thought I’d be captivated by a heavier and more atmospheric song like this one, guitars sound expansive and huge. It feels really different from the rest of the album but it’s a great example of how a song can be heavy and melodic at the same time. I also bought a tambourine for Alex, our drummer after listening to this.

Perfect song, it’s energy is overwhelming and of course: best bass tone ever.

These Arms Are Snakes – ‘Subtle Body‘

I wasn’t a keyboard/electronics fan until I listened to These Arms. I love how Brian Cook mixes bass guitar with keyboard bass lines and noises. I’m still working hard to get that level of non-guitar elements in our music. They did great in every album, but this song is the best example of heavy experimental hardcore I ever listened.