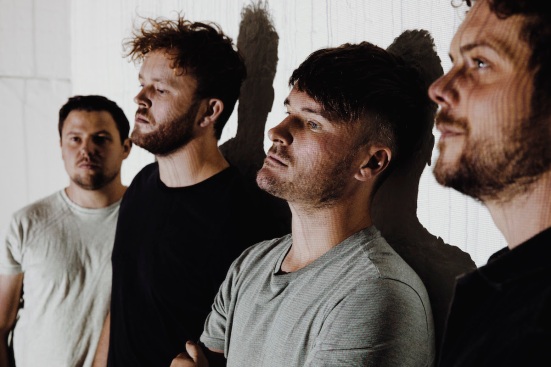 Quiet Lions have shared the visually stunning video for ‘Echo Chamber’, the first single to be taken from their debut album ‘Absenteeism’ (out on 14 June via Lonely Voyage Records – pre-order here).

Loosely inspired by the role of digital media in both the Trump and Vote Leave campaigns, ‘Echo Chamber’ has a seething political edge as the band rally against a figure who is ‘willing to put personal gain ahead of everything’ – including morals, respect and cooperation. This is a character that will appear on several songs on the record.

Michael Williams snarls ‘don’t shy away’ amidst melodic and angular hooks as he tries to figure out what this man’s goal is, while the other band members harmonise about how: ‘I’m hearing the echoes again’ and how this is dragging the subject over the edge. An instrumental breakdown brings a hush to the proceedings as Michael sings about the man clearing his head but still suffering as his conscience finally takes hold before another blast of the Lonely the Brave-style anthemics.