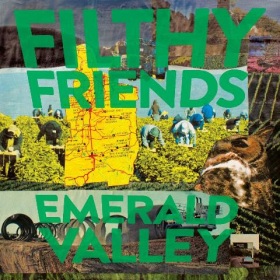 Filthy Friends – a supergroup made up of Sleater-Kinney’s Corin Tucker, R.E.M.’s Peter Buck and Scott McCaughey, Kurt Bloch and Linda Pitmon – follow up the release of ‘Emerald Valley’ with the video for new single ‘Break Me’.

Written by Peter the day after Tom Petty died, the song tries to ‘capture how tough he (Petty) was yet how vulnerable to the world’ despite not actually being written about him. It has a classic swaying Shins-esque guitar-pop sound and an earworm of a melody you can’t help but hum. Like all good doses of nostalgia, there’s a healthy dose of melancholy as Corin sings: ‘Tonight there are no winners, tonight we’re all losers’.