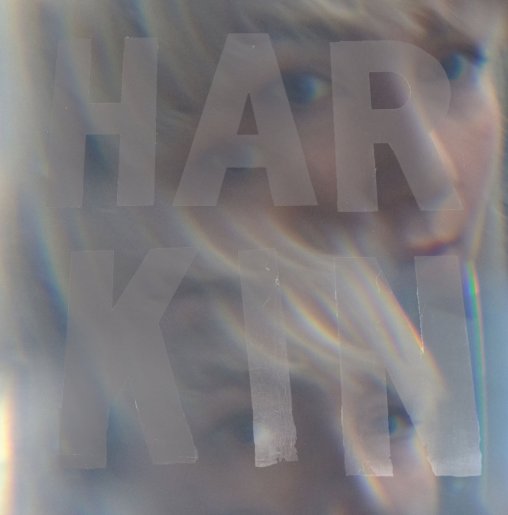 Katie Harkin, formerly of Sky Larkin and session musician for countless awesome acts including Sleater Kinney, Wild Beasts and Courtney Barnett, releases her first solo album under her own surname on 24 April via Hand Mirror – a label she set up with her partner, poet and live arts organiser Kate Leah Hewlett. Written on the road, in a cottage in the Peak District and in Upstate New York, Harkin credits these vastly different experiences with shaping the sound of the record: ‘Many of these songs grew from the tension between opposites. Between the wilderness and the city, between self-examination and communal ecstatic, night and day, love and shame’.

Harkin opens the album by tenaciously stating ‘I can guess what you think of me’ on last year’s single ‘Mist on Glass’. There’s a defiant tone amidst the power-pop hooks as she goes on to ask ‘How could you doubt me now?’ and reveals how ‘problems came when you gave it a name’. The melodic hooks of ‘Nothing the Night Can’t Change’ follow as Harkin fondly recalls a night on the town in her beloved Yorkshire amidst Bikini Kill riffs. We heard elements of US indie legends (Modest Mouse, Pavement etc) in the fractured yet jangly melodic sound of ‘Decade’ – a song about hiding your true self to please others: ‘Shame is a killer’; ‘Oh my love, if you say nothing, I’ll keep my part of the bargain’; ‘I know what love is. Love is for the night time’.

‘Up to Speed’ has a more experimental edge in its intro before nostalgia and anxieties strike through (‘Into terror, ain’t you clever?’) while the thunderous drums at the beginning of ‘Bristling’ progress into something more mathy with an alluring bass line and self-reflective lyrics: ‘Up late, I learned why they called it the show me state. Is that a giveaway? ‘Cause I’m an open book if you know where to look’. ‘Dial It In’ delves into a new wave sound with defiance (‘Nothing will stop me now’) while ‘Red Virginia Creeper’ takes you into a world resembling Twin Peaks. ‘Sun Stay With Me’s deep bass sound falls somewhere between Beck and St. Vincent as Harkin asks ‘Who are you to pull the curtain down on what we do?’, while the penultimate ‘New France’ has synthy and atmospheric pop sensibilities shining through: ‘We’ve all come here because we want to leave. You’ve never needed a place to be’.

The closing ‘Charm and Tedium’ is a slow-burning anthem with Jeff Buckley-esque guitar riffs that captures the dissonance of modern life with astute observations on delirum and freedom as Harkin passionately vows ‘I’m not giving my life for you’ over a healthy burst of shredding.

A soundtrack to modern times with potent hooks and valuable reflections, Harkin’s debut record is one to devour.