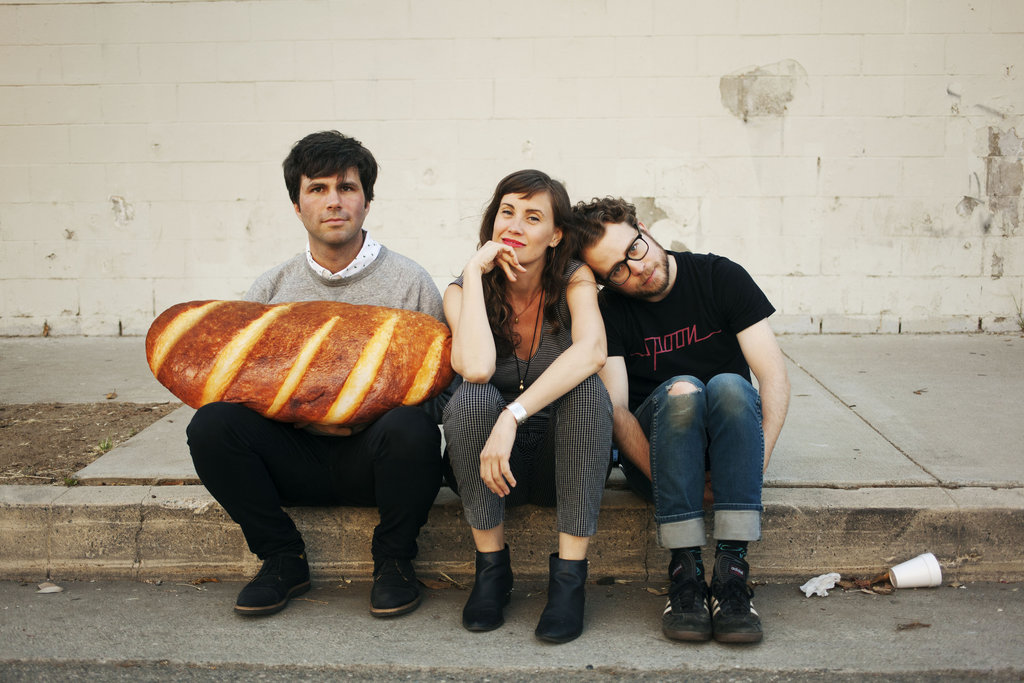 New Professor’s Los Angeles-based indie-poppers Cheekface have signed to Alcopop! Records in the UK and are set to release ‘Emphatically Mo’ – an EP made up of B-sides that didn’t feature on this year’s brilliant ‘Emphatically No’ album. Regarding the release, frontman Greg Katz said: ‘We started recording the Emphatically No. album without enough songs, and we ended up with too many. So a few tunes fell under the axe that swung to keep a good flow in the track sequence and make the record short enough for a 12-inch LP. Not every song is your best song, and b-sides definitely aren’t, with the possible exception of Booker T’s ‘Green Onions.’ But with these four tracks, me and Mandy were definitely exploring the same themes of loneliness, futility, insomnia and Diet Coke as the rest of the album, so I think they make a pretty good companion.’

‘Reward Points’ opens with a rhythmic Talking Heads-esque blend of drums and arty hooks as Greg sings about watching DVDs and the perils of an online comments section before looking at his own behaviour and how he appears to be pushing people away in favour of technology: ‘I’m retracting my invitations and pulling down the decorations’; ‘I can talk to computers, they’ll tell me what the weather is’. The song finishes in a blend of fuzzy guitar before ‘Running Back’ opens with a woozy bass line and plenty of cowbell. There’s a summer tinge to this song as Greg talks about how important it is to choose the right laundromat and a stereo that only plays Fleetwood Mac/a CD player that ‘only plays Killers tracks’. He then starts looking back at himself in a self-depreciating manner – ‘Stop the movie playing overnight, the memories are only alright’ – before finishing with what sounds like a kazoo solo.

‘Ted Talk City’ has an early Supergrass feel in its vibrant and urgent opening as the fraught vocals talk about travelling across freeways, trying to find the right doctor and mortality – with a nod to the aforementioned Killers: ‘I’m coming out of my grave, I’m doing just fine’. It also asks why we try to cover up our real feelings with distractions: ‘What was so bad about the ground you had to cover with fake grass?’ ‘Friend Mountain’ starts with squealing guitars that soon move into something resembling Beck or Cake at their most groovesome. Greg taks about how secrets can so easily unravel between friends when there’s nothing to talk about and how some people can be difficult to connect with – all using a perfect turn of phrase: ‘You were invited to my birthday then you called out sick with dandruff. We knew you were unreliable but now we know you’re a flake, too.’

A stunning companion to the LP, this collection of songs makes us want to hear Emphatically More from Cheekface.