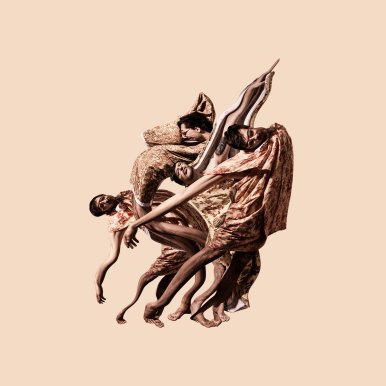 Conor Murphy, the lead singer of Foxing, named his side-project Smidley after his beloved and much-missed pet dog and the self-titled album (which you can purchase via Bandcamp) finds him rocking out a bit more than in his day job. He’s brought members of Sorority Noise, Tigers Jaw and Dr Dog along for the ride, too.

There’s an element of Pavement’s awry indie-pop in album opener ‘Hell’. Even though it’s wrapped in a feel-good atmosphere, the song is full of faltering drums and dark lyrics (‘If there was Hell I would sink into it’). There’s a refreshing burst of brass towards the end that lightens it up the tone just as the subject matter threatens to get too dark. ‘No One Likes You’ follows this and there’s a bitterness running throughout it as Conor sings about how ‘No likes you or the band you’re in at all’; ‘No one likes you or the basement you came from’; before finally analysing his own actions and admitting ‘I’m boring but I’m trying’.

‘Nothing’ll’ has more of an acoustic feel and reminded us of Tim Kasher’s more understated solo moments. It’s Conor giving a thoughtful account of drinking problems as he first laments crows picking at straws before claiming how he is drinking his thoughts and then going on to state ‘I will drink everything from under the sink tonight’ and finally explaining the reason why he’s facing these troubles: ‘Nothing will keep us together’. Things are turned up a notch for the Against Me!-meets power pop joy of ‘Pink Gallo’, a song which throws in riffs, synths and a damn fine falsetto. ‘Fuck This’ was the first song unveiled from the album and it’s one that will have people singing with joy. It examines how we are always looking to the future, but why not embrace the present? As a fine contrast, the genteel ‘It Doesn’t Tear Me Up’ is a poignant song that echoes some of Willy Mason or Frightened Rabbit’s most contemplative moments: ‘I wish you’d call me’; ‘It doesn’t tear me up you’re not coming back’.

With its line ‘She deserves better than me’, ‘Power Word Kill’ is a song for sad kids everywhere. It’s a compelling combination of Guided by Voices rockier moments before taking a danceable, synthy turn that will delight fans of Phoenix. The penultimate dream pop of ‘Milkshake’ appears to be Conor assessing why he can only find joy when he’s intoxicated. He boasts how ‘I love every moment when I’m fucked up’ and how ‘I’m so happy when I’m fucked up’, but also explains his fears: ‘Wish all my own friends could stand me now, but they wouldn’t last a minute. I’m boring but I can’t even be bothered to exist. The closing song, ‘Under the Table’ is on the downbeat side that has the gut-wrenching emotion of The National running through it. Conor talks about grandparents dying and leaving people behind, while screamed backing vocals add an extra impact.

This is a fine tribute to Smidley and will not only delight fans of Foxing, emo and punk rock but also those who love the likes of Real Estate and Modest Mouse.