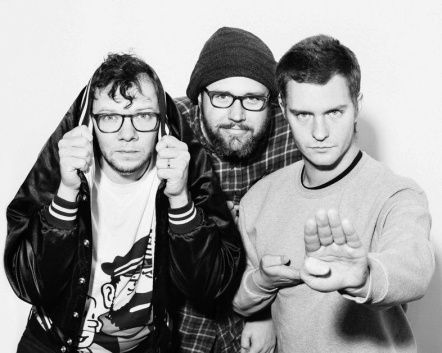 Chicago punks Meat Wave have streamed new single ‘That’s Alright’ ahead of a split physical release with Lifestyles (order via No Trend Records here). The trio claim it’s the only song in the Meat Wave discography that will ever have a positive thing to say as it celebrates the power of love in today’s divisive world.

Driven by relenting bass and angular guitars, the song is under three minutes long and finds the band singing about how ‘It’s only you and me… But that’s alright’ and how ‘You were smiling in your sleep’ with tenderness as the music starts to resemble Hot Snakes grappling with Culture Abuse.