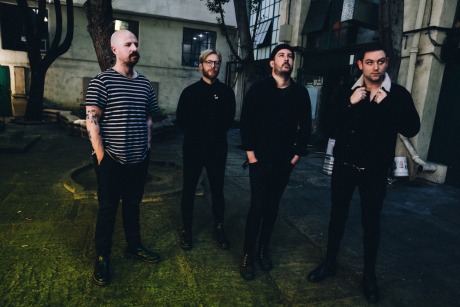 The Twilight Sad have unveiled another new song from their eagerly awaited fifth album ‘It Won/t Be Like This All the Time’ (out on 18 January on Rock Action Records). The band have described ‘VTr’ as one of the record’s ‘most important’ moments and you can hear this from the moment it kicks off with industrial atmospherics, brooding bass, ferocious drums and James Graham looking back on the day his wife went into labour with their son: ‘I’ve been waiting for you. There’s nothing that I’d rather do’ before then offering a list of anxieties about how this major life change affects him before then offering a glimpse into the range of emotions that a new life can inspire: ‘There’s no love too small’ (a line James claims to be the most positive he’s ever written) contrasting with the repeats of  ‘I won’t be surprised it it kills us all’.