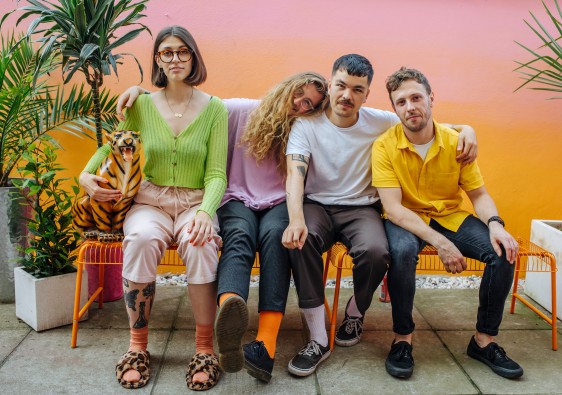 Orchards have shared new single ‘Sincerely Overwhelmed’ ahead of the release of long-awaited debut album ‘Lovecore’ (out on 13 March via Big Scary Monsters).

A song that explores coming to terms with the fact you might not be handling difficult times as well as you think you are, it’s bursting with the four-piece’s trademark jaunty math-rock meets jangly indie-pop hooks from its very first note and finds Lucy Evers opening up about just how much comfort can be found in being honest with both yourself and others: ‘It’s too hard to describe the mechanics of my mind but believe me it’s true that I want to be honest with you. Can you call me when you get this?’

Lucy also warns ‘Make no excuses for me while I’m trying to fit into society’ as phone tones (and answers of ‘Hello’) are thrown into the mix while the song ends with a statement we can all learn from when we find ourselves scared to reach out: ‘It’s clear you’ve been sincerely overwhelmed, you think you do but you don’t hide it well’.