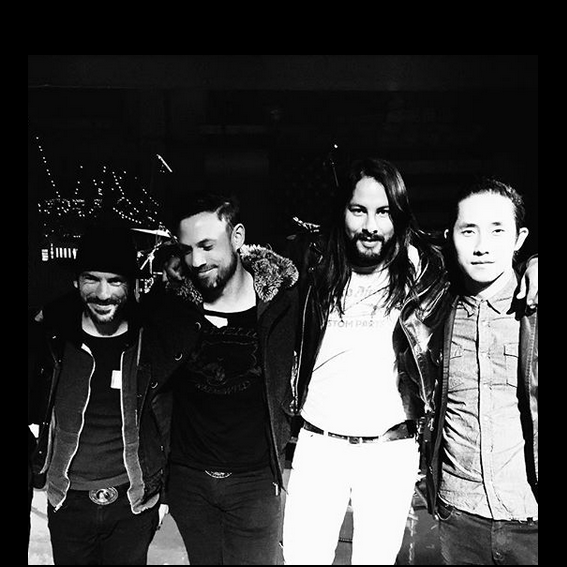 The Airborne Toxic Event have shared ‘Come on Out’ ahead of the release of ‘Hollywood Park’ – the band’s first new music in five years (pre-order HERE). The band’s frontman Mikel Jollett has also announced details of his memoir, also called Hollywood Park, which finds him looking back on an incredible personal journey which takes in everything from his early years living in one of the most infamous cults of the 1970s to a childhood of poverty and emotional abuse and then finding his voice as an artist amidst the confusion of adult life. You can pre-order ‘Hollywood Park: A Memoir’ HERE.

Opening with anthemic drumbeats and brooding National-esque guitar work, ‘Come On Out’ finds the band in defiant mood: ‘This is my town, this is my night, heading off to the city tonight’. The restrained electronica undercurrent harks back to ’80s bands like The Cure and Depeche Mode while there’s also a poignancy in some of the more self-effacing lyrics that come later on: ‘You came for a life in the park so you stand on the stage at such a young age’; ‘Break my fall, break my fall, break my fall’.