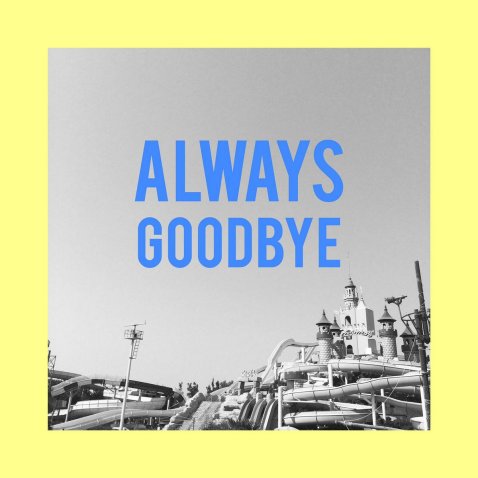 Signed to our friends over at Rose Coloured Records, Great Defeat feature members of classic Alcopop! bands My First Tooth (Ross Witt) and The Attika State (Warren Mallia) and specialise in soaring anthems. The band have now shared their debut album featuring a host of songs ‘written on various industrial estates between 2016 and 2019 in Bristol and London’.

The record opens in considered fashion with ‘Leaving Slowly’, a slow-burner with a stunning falsetto and a deep dive into the kind of atmospheric sound that The Antlers did so well. This is followed by the driving alt-rock – complete with E Street drums – of ‘Money’. A huge sound surrounds the storytelling that takes in everything from post offices and scandal to a character who ‘holds a candle to the village vandal’. ‘Girlfriends’ blends a folk tinge not a million miles away from Ross’ other band with energetic power pop hooks before ‘Powerlines’ continues in this vein with its self-reflection and depreciation: ‘There are a thousand ways you can abandon me’.

‘Magazines’ has a hushed introduction with a DIY feel that progresses into something more defiant while ‘Blood Sport’ sees the band experimenting with a modern emo sound, especially in the words: ‘Going nowhere’s like a breath of fresh air’; ‘Misery just makes more sense to me’. ‘Jupiter’ reminded us of the great shoegaze bands of the early ’90s Oxford scene before the couplet  of ‘Always Goodbye Pt 1’ and ‘Always Goodbye Pt 2’ closes the record in style. The first part finds the band looking to the future with trepidation, while the second finds them experimenting and having fun against a wall of feedback, thunderous drums and psychedelic stylings.

This whole record is a vital victory for Great Defeat.