We’ve been huge fans of Villagers ever since Conor O’Brien appeared on Jools Holland a few years back to deliver a stunning solo rendition of ‘Becoming a Jackal’. The album of the same name lived up to the potential of its lead single and then 2013’s ‘{Awayland}’ saw Conor invite his bandmates into the fold more and saw Villagers head from folky roots into something more electronically tinged. Now, with the release of third album ‘Darling Arithmetic’ confirmed for April we were delighted to bring you the video for new single ‘Courage’. 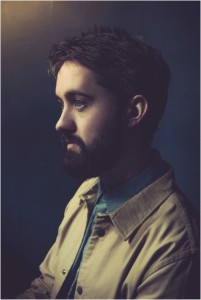 When Conor sings the word ‘Courage’, it’s with real conviction. Later on a full band sound comes in amidst an instrumental breakdown and the song finishes with a swirling flourish – complete with warped vocals and spine-chilling sounds.