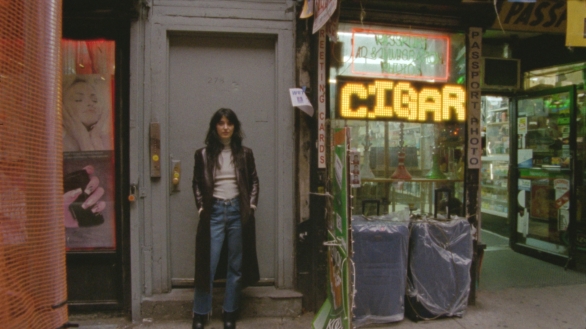 Sharon Van Etten has released the video for ‘Seventeen’, the third single to be released from her much-anticipated new album ‘Remind Me Tomorrow’ (out on 18 January via Jagjaguwar).

A love letter to New York, her home for the past decade and a half, it finds Sharon wistfully recalling her move to the city and how exciting everything was when she first arrived but then (in the modern day) realising just how much has changed – and finally understanding how the older generation felt about feeling lost in ‘their city’.

The Maureen Towey-directed video features references to Sharon’s previous album artwork as she visits the venues and places she played during the early part of her career. Many are still standing, but some are empty – adding an extra layer of nostalgic sadness, as Maureen states: ‘We took an eye toward the city that was both tender and tough, trying to find the ways that a beautiful city can fall apart while still nurturing the hopes of a young artist.”

Originally written with Kate Davis as a more traditional country-tinged piece, the song opens with intricate synths and Sharon offering life lessons to her younger self: ‘I know what you want to say, I think that you’re all the same, constantly being led astray’. She then recalls the hopes, dreams and loneliness that come with such a big move, but with reassurance that things will work out in the end: ‘I see you so uncomfortably alone, I wish that I could show you how much you’ve grown’; ‘You’re just seventeen, you’re just like me’; ‘I used to feel free, or was it just a dream?’ As the song moves along and explores the feeling of getting wiser and modern gentrification, the subject and sound of its begins to resemble the best of The National or Ryan Adams.